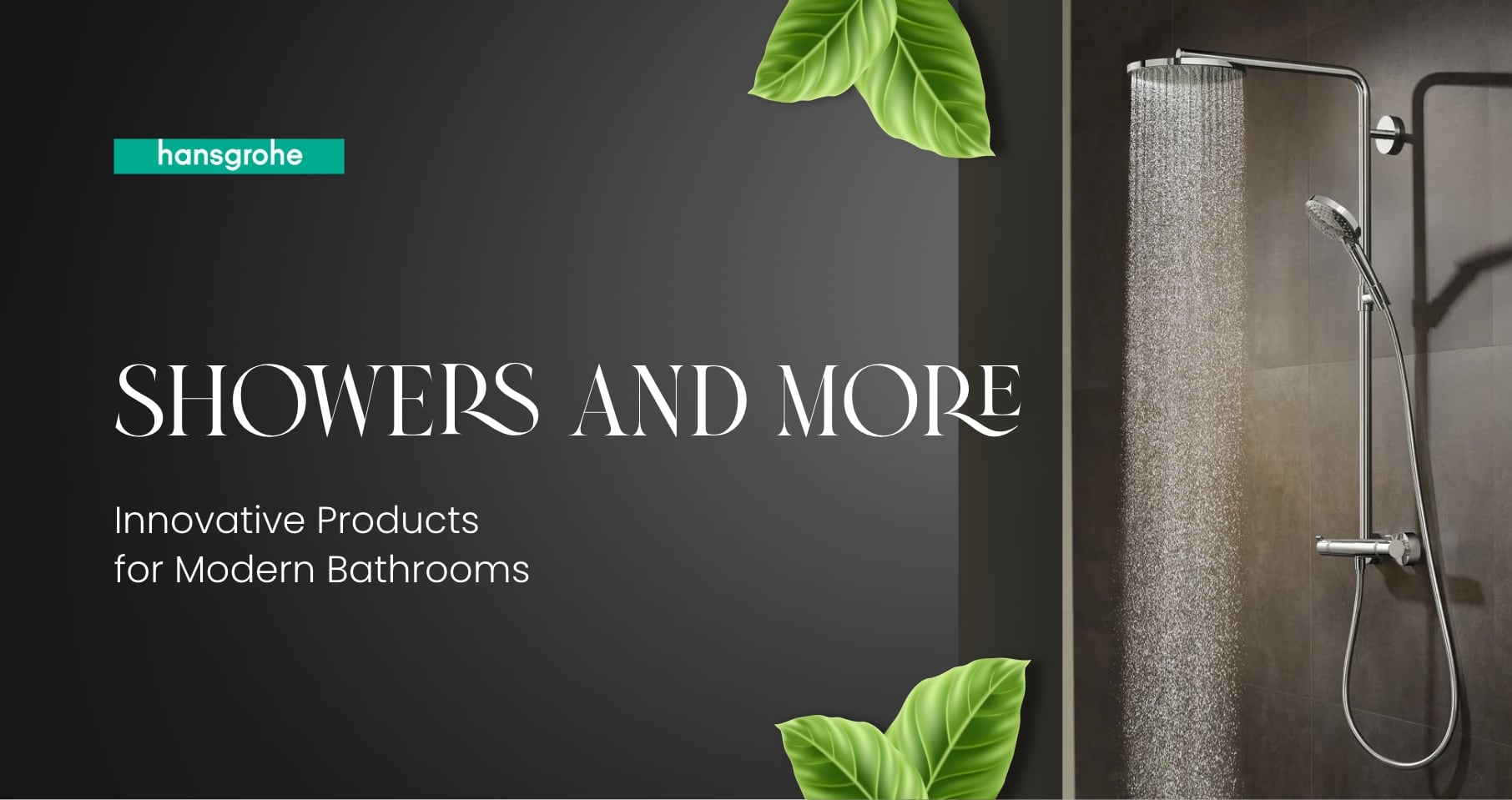 HANSGROHE ONLINE STORE -  SAVE WATER AND ENERGY WITH HANSGROHE PRODUCTS

HIGHLIGHTS, PROMOTIONS, AND RELEASES FROM HANSGROHE

Hansgrohe Shower heads, kitchen faucets, bathtubs, accessories like soap dispensers, towel rails, and toilet paper holders are all areas of expertise for the business Hansgrohe Ireland. In the bathroom, user comfort is Hansgrohe's top priority. We provide the manufacturer's highlights and new items on this page to give you a thorough understanding of the Hansgrohe Ireland product line. We also frequently add new promotions to the website that will enable you to save money. So, make sure to visit this website often so you do not miss out on exciting offers.

THE PRODUCT LINE OF HANSGROHE IRELAND

Hansgrohe has a huge variety of high-quality products at affordable prices :

THE BRAND HANSGROHE AT A GLANCE 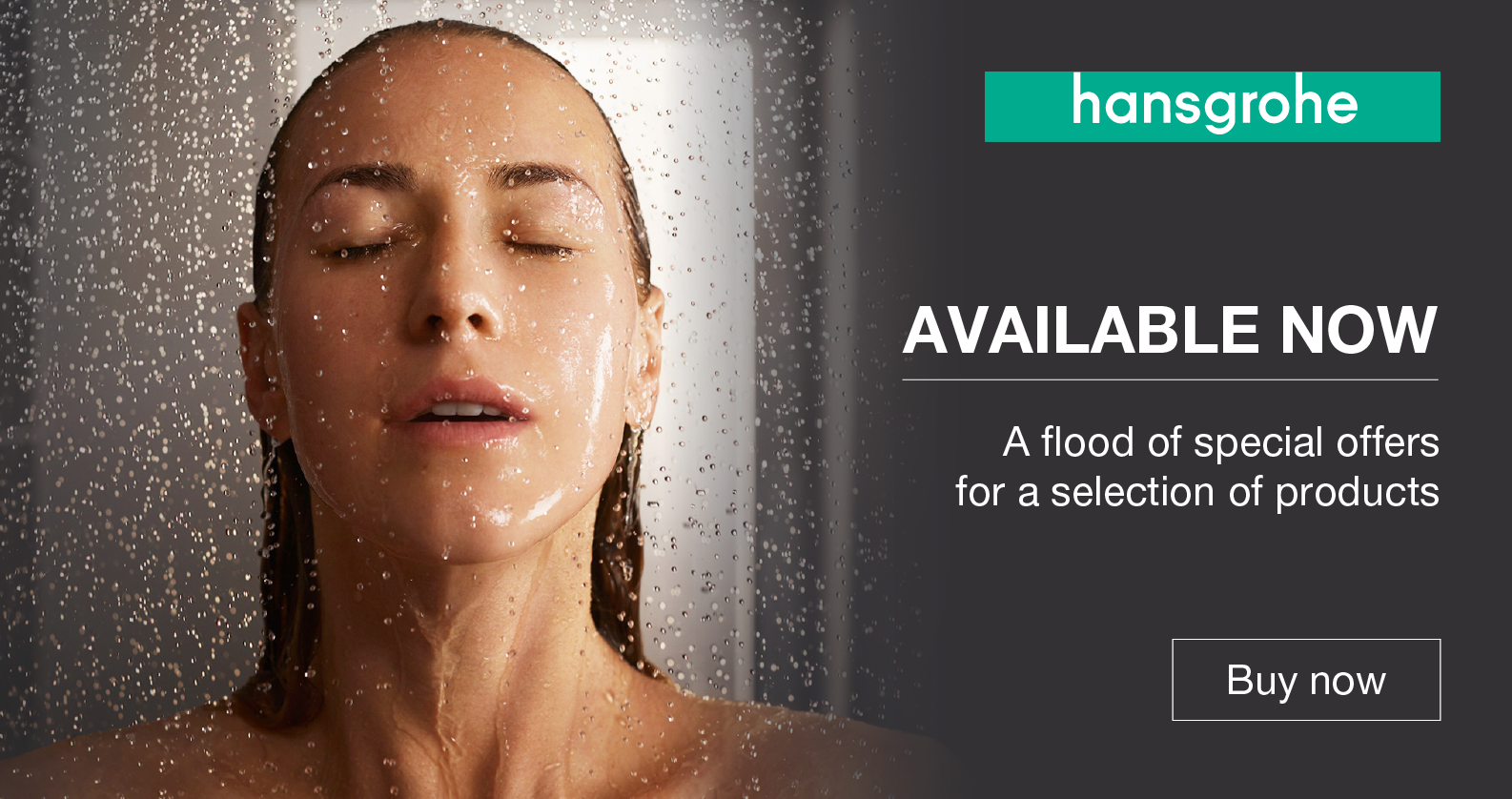 From installing a complete Hansgrohe shower system to replacing only the hand shower or Hansgrohe Showerhead, Hansgrohe Ireland, a seasoned bathroom fittings manufacturer, offers you high-quality products at affordable prices. Many cutting-edge technologies have been created for Hansgrohe showers, from anti-limescale shower heads to various jet types. For example, Hansgrohe Raindance or the Hansgrohe Rainfinity guarantees a soothing feeling on the skin. Apart from its world-class technology Hansgrohe Ireland also offers thermostatic fittings with safety locks, making it suitable for families with children. Thanks to this technology, you can set the water temperature to your liking. Hansgrohe products and kitchen faucets have become indispensable in bathrooms and kitchens because of their many other innovative features that enhance comfort and the showering and cooking experience. Be it kitchen sinks Ireland,kitchen taps Ireland, or bathroom shower heads, make sure you always buy the best, only at Hansgrohe, Ireland.Click here.

People have strong feelings about their kitchens. Families and friends gather in the kitchen to prepare meals, socialise, unwind, and celebrate. A beautiful, fashionable, and efficient environment with all the latest amenities may be created with the help of kitchen mixer taps, kitchen taps Ireland, kitchen faucets, Kitchen sinks Ireland, and sink combo units from Hansgrohe. With these, the kitchen will become your favourite area in the house. Your kitchen chores, too? They will be a breeze in comparison.

You will find some of the best kitchen sinks Ireland has to offer at xTWOstore, along with a wide selection of kitchen mixer taps, kitchen taps Ireland.

THE STORY OF THE BRAND HANSGROHE IRELAND

Continuing their passion for water for three generations, Hansgrohe believes that "quality is based on the fact that it is the customer who returns – not the product." Apart from its product range, Hansgrohe has built its reputation based on its environmental responsibility by recycling 90% and providing job security.

Hansgrohe Ireland is famous for the following series:

THE STEPPING STONE TO SUCCESS - DEVELOPMENT OF HANSGROHE IRELAND

Hansgrohe, who had previously owned a drapery shop, launched the company in 1901 and has since focused only on the sanitary sector. In the 20th century, a three-person operation grew into a multinational corporation. At the age of 82, They  invented the Hansgrohe shower rod that enables the Hansgrohe shower to be fixed at various heights, thereby assisting in the advancement of the private bathroom. The mastermind always believed in progress-oriented growth for the company.

Globally headquartered at Schiltach in the Black Forest, the company employs about 3,800 people and exports its goods to 134 nations. The business is still run today by Hansgrohe's sons and, more recently, his grandsons. 80% of their goods are produced in Germany while the rest is outsourced to countries like France, China and USA.

Hansgrohe, one of the top producers of bathroom accessories, is a symbol of high calibre and exquisite design. More than 400 international accolades, including the most recent Architects Darling award in the "Sanitary Objects and Accessories" category and the German design award, speak of the direction of the journey forward.

But the corporation has also committed to working on new innovations and advancements that would enhance bathing comfort and environmental compatibility. For instance, Hansgrohe introduced inventions like "Select," which enablesHansgrohe shower heads and fixtures to be operated with a single button press, and "EcoSmart," which uses up to 60% less water, "AirPower," which combines air and water, and many more.

Hansgrohe is committed to improving bath and kitchen comfort and environmental compatibility by focusing on continuous growth in new technology. Therefore, Hansgrohe has launched the following innovations and technologies to stick to its motto.

WHAT IS SO SPECIAL ABOUT THE HANSGROHE PRODUCTS?

The company is also committed to the development of new technologies and further developments to improve bath comfort and environmental compatibility. For example, Hansgrohe launched the following innovations and technologies:

THE TECHNOLOGIES OF HANSGROHE

* All prices include statutory VAT and are subject to shipping costs.

%s was added to your shopping cart.
Item was removed successfully.
Are you sure you would like to remove this item from the shopping cart?

You have no items in your shopping cart.